UTSA quarterback Frank Harris excels at his sport, helping UTSA rise to the top of Conference USA this past season. But what many don’t know is Harris has severe astigmatism. Or at least he had astigmatism until recently…

Frank Harris already stands out. He’s a star player who brought his team to the Frisco Bowl in December. But, at Clemens High School before coming to UTSA, instead of seeing clear images, they were always blurry, both on and off the field. Harris has worn glasses since he was five years old and started wearing contacts during his college years. “For years I struggled with contacts and a high astigmatism; I didn’t think I was a candidate for LASIK. When I was in high school, I didn’t wear contacts or glasses on the field. I basically just looked for the big numbers on the jerseys and threw the football to the numbers!”

“I guess that I was so used to it, but some things were blurry trying to look too far,” he said. “But I was kind of used to it, so I kind of just adapted to it.”

He tried contacts, but he constantly had to adjust them with his fingers to make his eyeball see the football.

“As you can tell in some videos, I would always rub my eyes because they started to get a little blurry,” he said.

“You’ll often hear about the football analogy… that the eye is shaped like a football,” said Dr. Bobby Saenz, director of Parkhurst NuVision Clinic. “What it means with astigmatism… it’s basically one part of the eye is really curved and the other one is not so curved.” 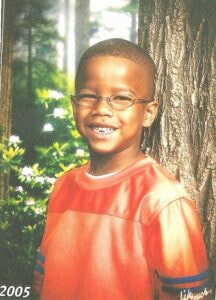 Just over a month ago, Parkhurst NuVision and Harris connected and decided Lasik would massively improve his vision and up his game. Was he nervous on the field? No way! But what about Lasik?

“A little bit. But the doctors are here to take care of me. I’m in good hands and God will take good care of everything,” Harris said.

Dr. Greg Parkhurst, the founder and CEO of Parkhurst NuVision, added: “We’re going to be using the lasers right behind me here. And it’s very modern technology that uses two separate lasers to fix Frank’s vision.”

After less than 10 minutes of lasik eye surgery, he was done, and just one day later, he was happy about the results.

“This morning, waking up, and I don’t have to wear anything. No contacts. No glasses,” he said. “It is just an unbelievable feeling. It’s something I’ve never done since I was about four or five years old.”

Dr. Saenz told us: “I think it’s going to be even more impressive to see what he’s able to do next year since we’ve been able to treat that astigmatism and watch him have clear vision on the field.”

The Schertz, Texas native made history this year at UTSA by leading the Roadrunners to a nearly undefeated season with a 12-1 record and a first-ever Conference Championship win! Harris, a former standout at Samuel Clemens High School, had his best collegiate season this year, throwing for over 2,900 yards and 25 touchdowns.

Dr. Parkhurst also said: “I think this is going to take his performance to another level. You know, he can actually see, I think he’s going to perform even that much better on the field.”

Harris says his teammates say they want Lasik too. He told us, “A couple of my teammates, you know, came up to me telling me how lucky I was to be able to get Lasik and how they want it. So it’s just a great thing that I was able to get it, and it just makes everything so much easier.”

Be sure to talk to one of our doctors about not only the benefits of LASIK, but also any risks of LASIK that may pertain to your individual needs and circumstances.